What is robotic process automation RPA? 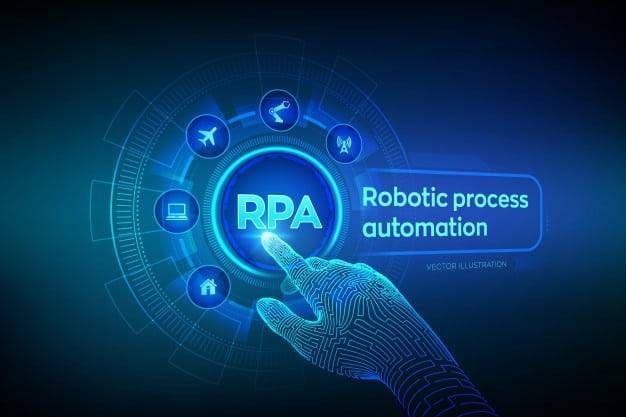 What is robotic process automation RPA and how do I apply it?

It’s booming, it’s hip! You hear it everywhere and that is why the word RPA is often misused and the word is already losing value. So here we try to explain in simple language what robotic process automation RPA is.

Controlled by business logic and structured input, Robotic Process Automation (RPA) is an automation technology that helps companies partially or fully automate standardized tasks. This is a technology that allows employees of a company to configure computers, software and robots to capture and interpret existing applications, such as processing transactions, manipulating data, triggering responses or communicating with other digital systems. Human action can be simulated to perform specific tasks more efficiently and efficiently than human interaction.

Companies that employ workers on a large scale, where people do general knowledge and process work, will increase productivity and save time and money with automated process automation software.
Think of it this way: Just as industrial robots have reinvented production through faster production speeds and improved quality, RPA robots are revolutionizing human support in the office. In some ways, robotic process automation allows employees to spend their time improving the quality of product delivery rather than manual labor. Robot automation offers companies and industries the opportunity to take over manual work and replace it with automated movements.

RPA is something many curious managers have heard of, but how it could be possible to automate a wide range of tasks from human-machine communication to data collection, data processing or even data analysis is the big question. do I allow RPA?

In many cases, suppliers say their software is “intelligent” or “cognitive”, but these processes cannot be perfectly fulfilled in any way. For their part, RPA vendors can create the impression that their software contains artificial intelligence, machine learning, or deep learning and can automate human decisions – by designing processes the way AI can. All this is done in the name of “artificial intelligence”, when in reality it is none of this, but the result of a combination of man and machine.

Companies can overload their automation efforts by injecting RPA and automating higher-order tasks that historically required human perception. In a value chain known as intelligent automation (IA), there can be 15-20 steps up that can be automated in such RPA implementations. Artificial intelligence (AI) and applies it to RPI, which can automate processes that do not have a rules-based structure.
In short, it is important that you as a company have a strategy for improving your business processes.

According to Gartner, 40 percent of large companies have used RPA software and tools, up from 30 percent in 2015. Automation and artificial intelligence will increase the cost of service-sharing services such as cloud services and cloud computing by 2020, the company said. , while Gartsner says the R&D market will exceed $ 1 billion in 2016 and $ 2 billion in 2020.

This article describes what RPA (Robotic Process Automation) is and focuses on the various facets that help users to quickly perform business-oriented tasks using robots. In recent years, innovation has come to the fore to make work easier for workers, particularly in the areas of human-machine interaction (HMI) and automation.

Simply put, if you’re wondering what RPA is, this is the process of automating business processes with robots, while minimizing human intervention. In a nutshell, Robotic Process Automation (R PA) means the use of software robots that can mimic people’s digital desktop work, even though they are by no means the shiny metal robots you can imagine. Rpa is a technology that uses robots to mimic and integrate human actions, to communicate with digital systems, to conduct business activities.

RPA is a set of preconfigured software instances that use business logic and predefined activity choreographies to complete one or more disconnected software systems that deliver a result or service without human exception management. Many RPA use cases are found in such business processes as copy and paste and copy / paste. Many copy and paste activities can be easily automated with the help of a robot, be it scraping data, entering data into an Excel spreadsheet, filling out a form, etc.

For this reason, RPA is increasingly popular in various industries such as logistics, manufacturing and process industry, financial sector, healthcare and pharmaceutical industry, retail and wholesale, agriculture, food or feed producers, construction and government and municipalities where many tasks are repetitive but also more and more in-depth analyzes are needed.